I am luxuriating in a new book about books - "The Well-Made Book: Essays & Lectures by Daniel Berkeley Updike" William S. Peterson, ed.

Updike died in 1941, so this dates from the era of compositors and typesetters and all manner of printing professionals whose jobs, like mine, are well on their way out. In that way it is a history book, and when you read an essay like "Gutenberg and His Relation to Printers Today" you have to remember that today was more than 70 years ago. But these essays and lectures are perhaps all the more valuable for being part of history. The knowledge that was second nature to a printer, book designer, or typographer seventy years ago is rarely learned today, when art school students with computers can design their own book, print it out, congratulate themselves and never quite understand why their book doesn't quite work.

The cover of this book is embellished with a quote:


"The practice of typography, if it be followed faithfully, is hard work - full of detail, full of petty restrictions, full of drudgery, and not greatly rewarded as men now count rewards. There are times when we need to bring to it all the history and art and feeling that we can, to make it bearable. But in the light of history, and of art, and of knowledge and of man's achievement, it is as interesting a work as exists - a broad and humanizing employment which can indeed be followed merely as a trade, but which if perfected into an art, or even broadened into a profession, will perpetually open new horizons to our eyes and new opportunities to our hands." - Daniel Berkeley Updike

(and  before I get snarky comments - no, I don't know how to make an m-dash in this text editor)

When I first became interested in typography, I set myself the challenge to recreate on my computer the exact typography of a few publications (printed covers, title pages, advertisements) from the fifties and earlier. It was a lot harder than I thought it was going to be, but later, when I need to set book titling on a Ludlow (typecasting machine) I understood so much more, right away, because of all the spacing and attention to space detail that I had gone through on those self-imposed exercises.

Just for fun, and because many readers won't have access to this sort of thing, I'm putting up a title page from a late-18th century book. 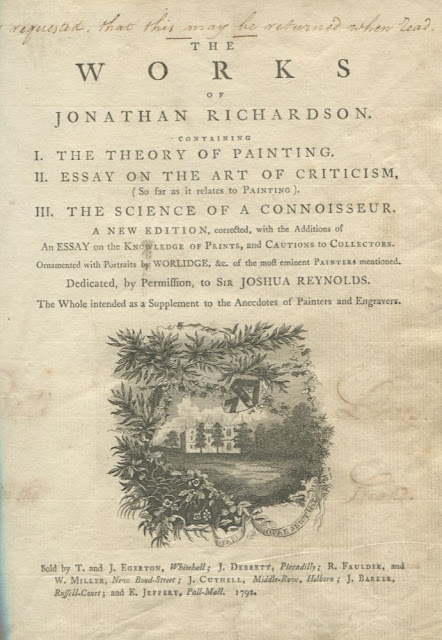 This isn't a typographer's dream; it's just a normal kind of a title page from the era. Look at how many different sizes of type there are, the switching from all caps to upper/lower case, and the use of italics. And yet somehow it is quite readable, even though there is a lot more information here than you would find on a modern book's title page. 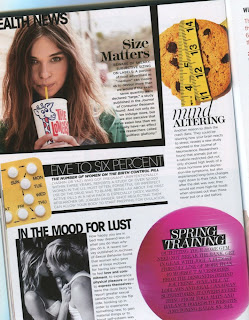 You know, I get it that I'm comparing apples to tangerines. And I totally get it that they're packing five different blasts of information onto the same page, but in real life, where this page is four times the size it is here, I find it quite hard to concentrate enough to read anything on this page. The 1792 Richardson book, well-leaded in quiet and regular lines, is for quiet and careful reading, while the modern magazine isn't really set up for reading at all, just for capturing the odd bit of information that a restless brain seizes upon on the page.

And I totally get it that each headline gets its own font - you wouldn't want readers mistaking one article for another - but I still find it a bit much. I wonder where magazine styles will go in the future, assuming they survive.
Posted by Adele at 19:54